describes and analyzes the globalization of 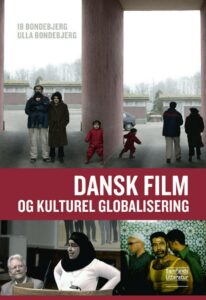 Danish society that has taken place since the 1970s, with particular emphasis on the conflicts, cultural encounters and global challenges it has given rise to. The book is the first Danish book which addresses how globalization and the more multicultural composition of Danish society have affected Danish film, both feature films, short films and documentaries. Based on extensive empirical material on the influence of globalization on Danish film and Danish culture and interviews with 11 Danish directors, who have all contributed significantly to the film’s global agenda, a new picture is drawn of the diversity in Danish film. At the same time, a number of central films with globalization and multicultural reality as themes, the reception the films have received and the discussion they have given rise to are analyzed and discussed. The book is richly illustrated and provided with a large number of informative tables and figures which document important aspects of cultural globalization, the development of film culture and Denmark as a multicultural society.